Some people move to single-family homes when they outgrow their condo units. Others, however, purchase the condo next door and combine it with theirs to create bigger spaces. While the latter may be the smarter option in some situations, here are two things you need to consider before doing it.

It's natural to assume that, when you combine two condos, all the associated costs will be merged together as well. Unfortunately, that's not always the case. Depending on condo HOA bylaws and city regulations, the two units may still be considered separate residences, even though you renovated them into one cohesive living space.

As such, you'll be billed twice for all housing costs including utilities, taxes, insurance, and even condo fees. For the most part, this will likely only result in annoyance and inconvenience, because you'll have to write two sets of checks every month for housing expenses.

However, it can quickly become a complex and problematic situation if the issue extends to your mortgage. For example, you may have to take out two mortgages because the local tax authority lists each unit as separate properties. You could end up losing the entire combined property if you fall behind on one mortgage and the bank forecloses on the loan.

It's important to talk to a real estate agent about how a combined condo would be treated by local utility and government agencies, and develop a financial plan that encompasses those costs and issues.

Separating May Be Painful

While merging the two condos may not be a big deal, separating them later could turn out to be a headache. Depending on the renovations made to the property, you may have to invest quite a bit of money to return the units to their previous separate state.

If you managed to get a lender to put both units under one loan, you'd have to either sell both units at the same time or, if you sell them one at a time, find another way to pay off the loan so the mortgage company will remove the lien and let the buyer take ownership of the unit they bought.

Before combining condo homes, it's critical to think about your long-term needs and goals. If at any point you think you'd want to go back to having two separate condos, it's probably best to keep the financial stuff independent from each other and only do as much renovation as you're willing to pay to reverse when it comes time to revert the condos to their original state.

For more information about combining condo homes or to purchase a second unit near wynmoor village, contact a real estate agent. 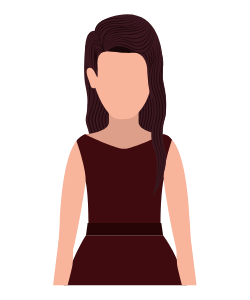 When was the last time you tried to do a big project on your own? While it may seem simple to take care of the small things, the fact of the matter is that making big changes, such as selling a house, is best left to the professionals. From choosing the right buyers to moving forward with a complex sale and setting terms about closing, the right moves always start with a team of experts who really understands how to handle the hard things. This website is all about how working with a team of experts can help, and what you can do to straighten out the aspects of your home purchase.

Helpful Tips For Successful Real Estate Property Investment
26 May 2022
The real estate market provides many investment opportunities through rental investment cash flow and equity growth of the property value over time. A …

Tips To Help You Sell Your Home Faster
28 January 2022
From the day your listing goes live, you might start receiving phone calls for showings. How can you boost the number of calls you get and showing req …

Tips to Help You in the Process of a Home Purchase
11 October 2021
Low-interest rates and many homes on the market in many states have created the perfect environment in which to find and buy a home. However, there ar …